The new Era of Kotlin made it easy to build apps

It is a well-known fact for everyone that Java is the most popular programming language for developing android apps. It was implemented by most of the developers to develop apps from a long time. This may not reflect that it is a great choice to build Android apps. Java will not support modernization and also it is error-prone, which made the app developers look for better alternatives.

Kotlin is one of the best alternatives that has been gaining ultimate popularity in the present days amongst the app developers as it offers many advantages. The major advantage of making use of the Kotlin programming language is that any issues will be solved using a smaller amount of code which is secure and more reliable with less bugs and exceptions. Some specialties such as smarts casts, data classes, type inference, etc. has made Kotline one of the best programming languages. It is a secure, easy to maintain, and error-free programming language. By using Kotlin, the developers may easily create high quality codes that are completely flawless and free from all the errors.

Why Kotlin is becoming popular for Android app development Easy to Set Up

With the emergence of Android Studio 3.0, this update now provides a built-in feature for supporting Kotlin app development and the developers do not require using a plug-in for adding in the Kotlin programming support. Any professional Kotlin app development company can help you to develop robust and unique apps based on your business needs.

Since the time Kotlin was released officially in 2016 but it has been available for implementation since 2011, this robust programming language has been put through various beta and alpha tests for enhanced functionality. The user may even install IDE plugins to utilize Kotlin as well as make use of various features of Java with successful results.

As Kotlin is completely interoperable with the Java programming language, there is a great advantage for developers as they can make use of Java along with Kotlin for a single project with no worry of disturbing the workflow. All they need to implement is adding additional tools as well as frameworks needed without any interruption to the ongoing development process. One of the major reasons for selecting Kotlin when compared to Android application development is that it minimizes the boilerplate code. The developer need not write any repetitive and lengthy code while doing programming in the Kotlin language. There are various techniques which minimize the length of the entire code, thereby, speeding up the entire development process.

So far, Kotlin is one of the well-known programming languages for Android app development because it is simple to learn. The company has developed it in such a way that anyone may understand this code easily with no need of practicing it again and again. Also, it is simple to build classes and write any code using Kotlin when compared with Java.

Kotlin has been designed in such a manner so as to prevent any common errors occuring in a code, thereby, resulting in greater implementation as well as reduced system failures. Creating a robust and secure code is one of the major reasons for selecting Kotlin for android application development.

As Kotlin has been developed by JetBrains strategically to use for their programming requirements, it makes the parent organization to develop it much further. JetBrains has been known to provide a great effort in making it victorious while providing the needed alterations for making it even better.

Kotlin will be an amazing option to choose when looking for more security. It assists in reducing the chances of any flaws in the coding within the design that are mainly the reason for all the application crashes. Looking for the best Kotlin app development company? Nextbrain technologies is the top Kotlin app development company specialized in offering secure and scalable apps tailored to the specific needs of your business. 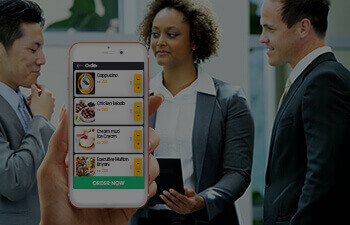