Google has unveiled Flutter 2.0 - What are the new features

Flutter is a software development kit(SDK) created by Google, which is used to create applications on various platforms. The first stable version of flutter was released in 2018, called flutter 1.0. The flutter software in itself has been open source from then on. It is mostly used to develop UI for mobile and desktop applications. It has become very popular since it supports the development of applications across a wide range of platforms. The many supported platforms for the latest version of Flutter include Linux, iOS, Android, Windows, and Mac OS. Flutter and all its subsequent versions are written in a programming language called Google dart.

Flutter 2.0 which was the next major version of the software was heavily awaited by developers around the world. It added extended support for desktop applications and major features that increased the compatibility and usability of the application. A lot of thought has been given to increase code reusability, and debugging has been made faster. The open-source nature of the software also attracts lots of Flutter app developers to it. One by one, we shall look at the new features that are added to Flutter 2.0 and understand the reasons for its popularity.

The new features introduced in flutter 2.0

The new features in Flutter 2.0 increase its capabilities heavily. From extensive support for debugging to easy operation with APIs that are based in other languages, much is offered by the new version. Particularly support for web-based applications and the introduction of autocomplete widget made the developer community happy. Following are the important features introduced in Flutter 2.0, in detail.

Flutter 2.0 has extended support for desktop applications. Flutter provides a common codebase for developing native-like applications on many different platforms. Native-like app experience includes built-in context menus, accurate mouse dragging and pivot points for text selection. Desktop flutter applications have an updated scrollbar and show mouse hovers when scrolling. This is one of the new features of Flutter 2.0 that help developers incredibly. It also allows seamless resizing of applications in both Windows and Mac OS. The bug fixes are also available for desktop support in the beta versions.

Flutter 2.0 introduced web support for its applications, and this has been a very big development from the previous version. The previous version had a web foundation limited to document-centric. The new features introduced allow for sophisticated app development with 2D and 3D hardware acceleration API. Many such API’s are now supported, like paint API and those that allow for a flexible layout. Flutter 2.0 improved on its performance and rendering capabilities from a web support perspective. CanvasKit based rendering was added, made with WebAssembly. They also added web-specific elements, like the address bar, text auto-fill and PWA routing mechanisms.

Flutter app developers have several advantages over developers who use other software. This is true on both android and iOS platforms. One such feature is called add to app feature. It allows easy reusing of code with both platforms while storing the same in the codebase. These APIs are well documented on Flutter.dev, and they also have sample projects to show the developers how it's done.

As the number of users of a framework increases, the inclination is that the software tends to avoid any major changes to the framework API. with over 5 lakh active users in the codebase, Flutter falls into this category. Flutter fix is a new feature Flutter 2.0 which is a combination of many things. First, it adds a command line choice for the dart tool called dart repair. Dart repair is a tool that searches a list of deprecated APIs and helps the developer to update one’s code. The second thing is that the listing needs constant updates, which the tool takes care of.

Flutter 2.0 introduced google mobile ads as a beta version into Flutter. Many features including Admanager and Admob for giving different types of ad formats. They also give the capacity to join banner ads, rewarded video ads, interstitial and other ad formats. Google has been partnering with many of its primary customers with this. One such example is Sua Musica, which is the biggest Latin American music platform. Google also plans to release its new feature Flutter 2.0 plug-ins for firebase services. These include cloud firestore, cloud messaging, authentication, crashlytics and cloud storage. It plans to update sound null safety and cloud messaging service.

Flutter completely supports 3 platforms which are Android, iOS and web applications. The beta version supports 3 more platforms which are Linux, Windows and macOS. In response to many asking how it is that a single codebase supports so many platforms, google created the Flutter Folio app. Flutter folio is an app created by the developers of flutter 2.0 and it is a multi-platform native application. It is platform adaptive, as it adapts properly to whatever platform it is running on.

Flutter 2.0 changed the name of DevTools as Flutter DevTools with the new version as an increasing number of features were added to help debugging. It will help IntelliJ, android studio and visual studio to help assist the developer find exceptions. The new DevTools also can help determine an image resolution to be higher than the one shown. Flutter DevTools will now allow developers to track extra memory available and the app size. The ability to display fixed layouts is also provided, as this allows developers to debug any kind of layouts. All this helps Flutter developers around the world to come up with better applications.

Google Dart 2.12 introduced the sound null safety feature, which helps developers reduce cringe null exceptions. It provides assurances at development and runtime and warns the developer of types that may comprise of null values if the developer selects expressly. The new update also includes a consistent FFI, that allows developers to write high-performance code which can interact with C based APIs. A new profiling tool is included in Flutter with integrated developer mode which allows size and performance improvements on a developer’s code for free.

The long-awaited Flutter 2.0 brings with it a new set of amazing features. UI software development is now easier regardless of any platform used, thanks to Flutter developers. Nextbrain technologies is one of the best app development companies that uses Flutter 2.0 to develop high-end, robust and scalable applications. They have their offices in Bangalore, India.  They also provide round the clock support to their clients whenever they come up with a problem, and provide end-to-end service. 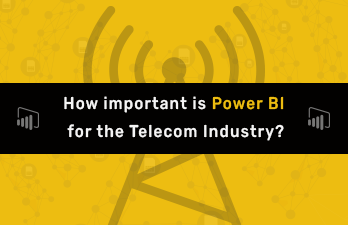 How Important is Power BI for the Telecom Industry?

Power BI is very useful for the telecom industry as by using Power BI and data visualization, a large amount of data can be presented clearly. It also helps in...