The world of technology, specifically mobile app development ecosystem is divided into two groups when it comes to choosing the development of Native apps or React native. While one group to tech-savvy people vote for developing two separate apps for iOS and Android and go with native app development, the other group goes for developing one app that can be launched on both the platforms.

But before coming to a conclusion, let’s sneak peek into the pros and cons for both.

One of the best features that makes React native a popular choice is that developers can use a single code base for Android as well as iOS platform, thus making it easier for them.

Since with React Native, the developers have to write the code just once and can be used for multiple platforms, hence optimum development time is required.

With React Native being an open source, benefits such as inspecting the code is obtained. The library is also more compatible with other platforms such as Windows and TvOS.

The Hot reloading feature offered by React Native offers a major advantage to the developers as the changes made can be seen in real time, thus making the work easier and time saving for the developers. 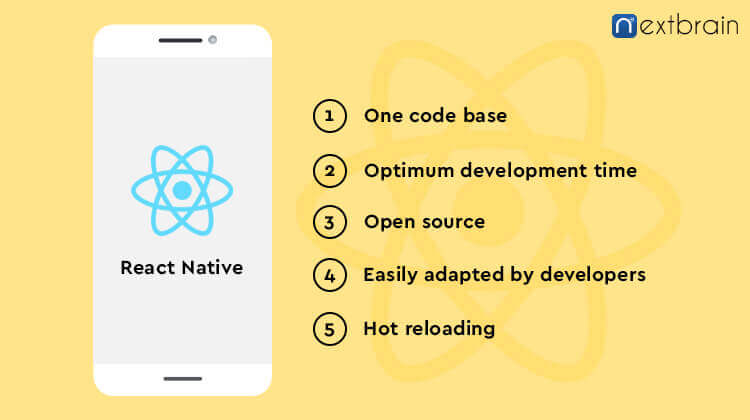 One of the major disadvantages of React Native development is that the native elements of a device such as the voice recorder or camera cannot be used by the developers.

The lack of third-party libraries makes it very difficult for developers who work in React Native. In order to use the library, native modules have to be made which increases the development effort to a great extent.

Native APIs are not supported

React native supports only a few of the Native APIs. However, it cannot make use of all of them.

The API of the devices, as well as all the inbuilt functionalities, can be integrated for the Native app development, which is not the case in React Native.

The presence of a number of Third Party libraries, facilitate the process of Native iOS and Android app development, as these third-party libraries could be used in the development.

In terms of stability or error detection, both Swift and Kotlin are robust languages offering Native apps advantage over the React Native app development. 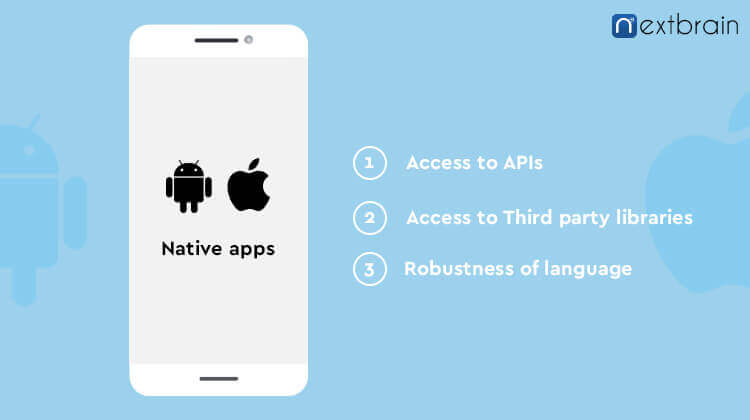 Development time, as well as effort, is high

The app developer has to take place from scratch and twice, for iOS and Android. Hence, development time as well as the efforts of developing a very high, as compared to React Native.

One of the biggest challenges of Native app is that two apps for iOS and Android have to be developed individually from scratch, thus doubling the effort, investment as well as time for development.

Time to choose between the two Platform: 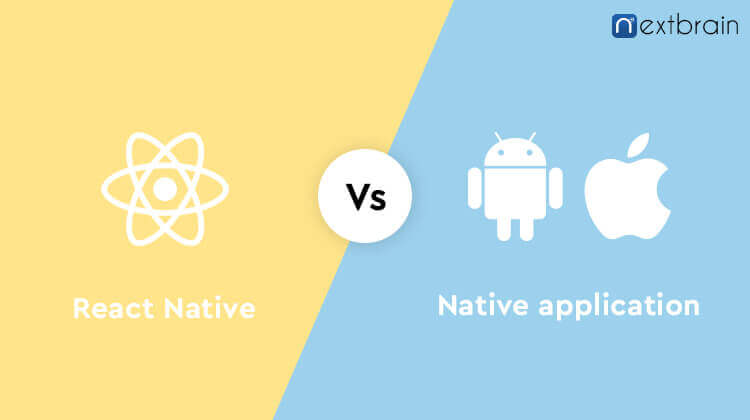 Finally, after listing down the pros and cons of both Native and React native, the question still remains, which one to choose. Well, the answer lies below:

5. Developing an app that uses Native features of the device

1. Want to launch across various platform

2. Building a uniform and simple app

4. You want to launch the app in the market at the earliest

5. You intend to use Facebook ads in the ap

The reasons why it is recommended for startups are as follows:

1. A lesser effort, as one code base can be used for cross-platform

2. No target audience can be used by iOS as well as Android developers

3. Cheaper option in a limited budget

Read more: Which one to Choose – Native or React Native for Mobile App Development?

Each of the two development approaches has its own advantages and disadvantages to offer, thus making each stand out as better than the other. However, based on the project requirement, the decision needs to be taken, that will help in the best mobile and web app development. 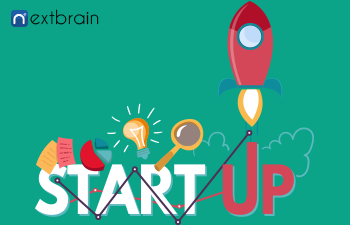 MVP vs. EVP: Which One to Choose For Your Startup?

Start-up companies have to overcome a lot of technical and strategic challenges, before they rise as a successful enterprise. 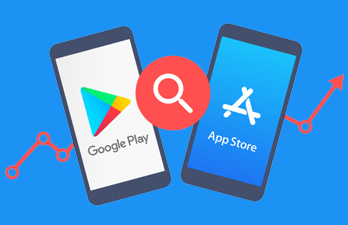 Why is the app store optimization (ASO) mandatory for mobile app development? 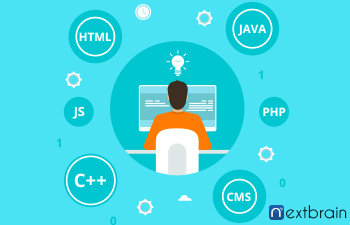 Are Full Stack Developers the best choice for MVP development?

Developing the minimum viable product(MVP) has a major significance for any product to be successful. Hiring full stack developers for this is indeed a good dec...