The new year evinced the release of Magento 2.4.2 version in February and established a number of enhancements to security, performance, platform, and many others. It is a great opportunity for the ecommerce store owners to provide a great online shopping experience to the customers. Therefore, it can be well-stated that the new release of the Magento 2.4.2 has been beneficial to the ecommerce platforms by giving a vast and better online shopping experience to the customers.

The latest Magento release version includes several fixes and enhancements such as 35 security features, 280 new core code fixes, and solution of 290 Github glitches. The best way to describe the 2.4.2 version is the resolution to technical glitches present in 2.4.1, followed by advanced enhancements. Taking this into account, we have put forward the different facets included in the newest version, along with the enhancements and fixes.

What are the main features of Magento 2.4.2?

With the release of the latest Magento version, online ecommerce owners have been able to maintain flexibility and seamless operations of the online platform. The new release supports Elasticsearch 7.9.x, SameSite attributes for cookies, and also, you can get an embellished PWA studio. In addition to this, it also helps the web-optimized images in the content. 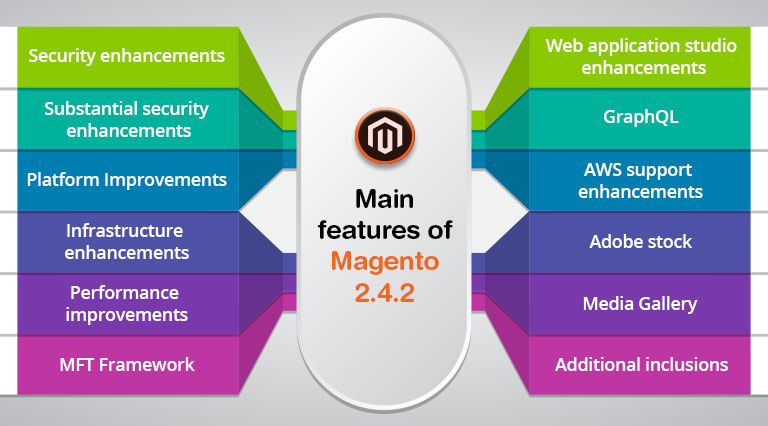 With the help of the latest version, the merchant operator does not need to employ any functional enhancements. The addition of the time-dependent security fixes to the security-only patch administers effective fixes for susceptibilities that have been identified in Magento 2.4.1. Several codes are implemented with quarterly releases of the Magento version. The fixation of bugs under the Progressive Web Applications is available in the project-specific release data.

The security amplifications of the Magento 2.4.2 release constitutes:

The Magento 2.4.2 also brings new advancements to the platform and is followed by a number of features and enhancements.

The new release evinced some infrastructural embellishments such as CMS, OMS, Catalog, promotions, targeting, import, export, cart, checkout, and many others.

Magento 2.4.2 release is marked with performance improvements too. The enhanced codes lead to the boosting of the API performance. Additionally, it promoted admin response time for high-end deployments. It supports any complicated catalogue 20 times larger than that of Magento 2.4.1. Thus, the function of multiple scalabilities is useful to merchants.

The recent rendition of Magento is enhanced with Magento Functional Testing framework. One can easily support tolerance of errors in test suite generation followed by some bug fixation.

Inclusion of the PWA studio has been of great usage as it supports a number of functionalities:

The release anew covers some GraphQL enhancements, and the features include:

Enhancements are added to Amazon S3 to provide support:

The new version has solved glitches associated with the sorting of the price for out of stock items, currency in multi-site deployments, and so forth.

The newest Magento 2.4.2 release marks the integration of Adobe stock into it so that one can leverage v2.1.1.

Merchants can regulate the below-mentioned actions such as:

It is time to boost your online ecommerce platform with Magento 2.4.2 upgrades. After acknowledging the different enhancements, fixes, and advancements to the 2.4.1, you learn the relevant aspects of 2.4.2. The introduction to 2.4.2 has led to multiple benefits for the merchant and store owners. However, ecommerce website development requires effective utilization of advanced technologies and tools. The expert developers of Nextbrain technologies have many years of expertise in developing custom quality ecommerce websites and provide high-end solutions to clients globally. 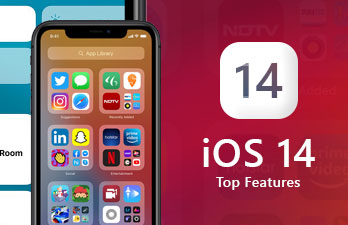 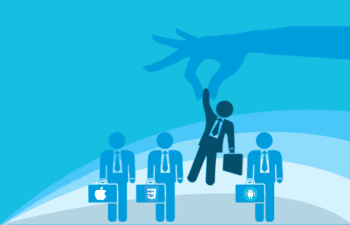 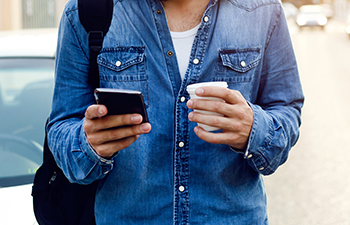 After that this is the ideal time for you to hire Android application developer from outsourcing Android development Firm, if you want to establish an Android a...