When you are looking to design and develop a web service which will be used for your application, the most important thing which you need to consider is the architecture that you prefer to use. In the last few years, REST has been extensively utilized in API design. In the year 2015, Facebook released GraphQL which became the popular query language for API’s and an alternative option to REST. Both GraphQL and REST have different approaches of working where users need to implement a specific communication type depending on the architecture used for the server.

What is an API?

An Application Programming Interface (API) is a set of functions and protocols that permits applications to access data from the external software components, microservices, or operating systems. Even to simplify this definition, an API is used to send a response of a user to the system and delivers the response of the system back to the user. Let’s discuss both REST API and GraphQL and the major differences between them to find out which one is better for your project requirements.

What is a REST API? 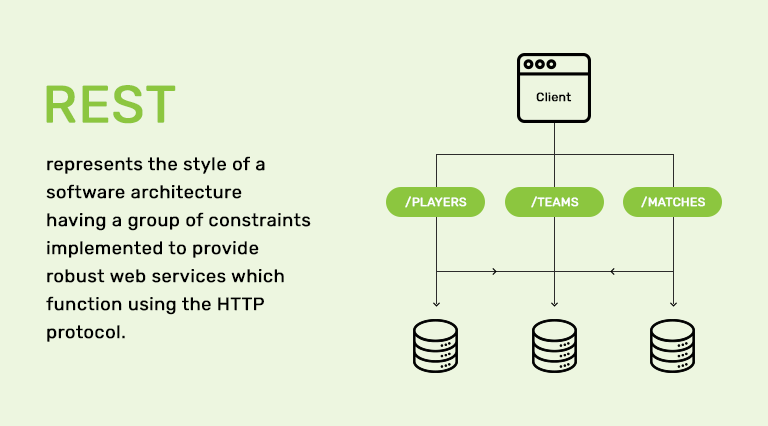 REST (Representational State Transfer) represents the style of a software architecture having a group of constraints implemented to provide robust web services which function using the HTTP protocol. REST is a standard API which was introduced by Roy Fielding in the year 2000. REST API’s usually support many formats of data like HTML, XML, JSON, plain text, and many other data formats. A RESTful API is an interface which successfully performs all the below listed constraints.

Client-server architecture signifies that the user-interface details need to be decoupled from the data storage details in order to enhance the portability of user interfaces across various platforms.

Every API request that comes from the user needs to have all the details relating to it, as the API request is not dependent on other requests. A stateless server will not store any data about the user who makes use of the API.

REST API responses need to specify whether they are cacheable or non-cacheable to avoid users from offering any inappropriate information that can be utilized for future requests.

A Layered system means an architecture having hierarchical layers in order to attain security, best performance, and scalability.

A Uniform interface signifies that it needs to be a uniform method to interact with a particular server in spite of the type of application or device. The important rule is that every resource needs to be noticed on requests. 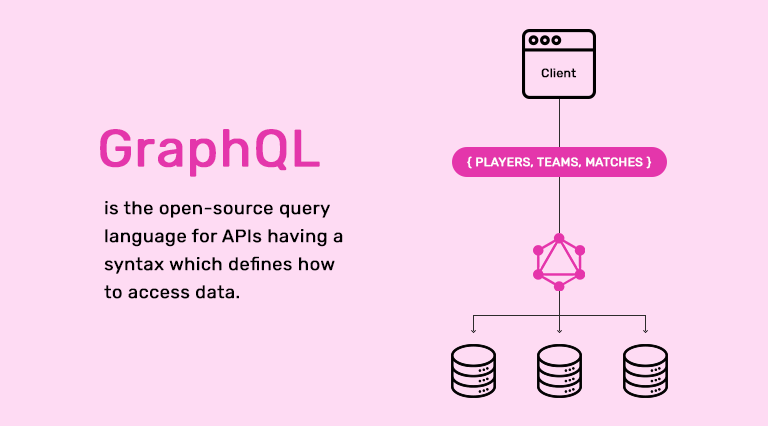 GraphQL is the open-source query language for APIs having a syntax which defines how to access data. It also refers to the runtime which is executed on the server-side to fulfill the queries. It works across a specific endpoint making use of the HTTP protocol. It’s a method of obtaining information from the API into your app. Let’s discuss some important characteristics of GraphQL.

Why is GraphQL considered as a better option than REST?

Most people don’t fully understand what GraphQL is and why it has been used as an alternative to REST. Here are the major reasons why GraphQL is considered as the best option than REST.

The main benefit of GraphQL over REST is that REST responses will have either too much information or not sufficient data, which always makes the necessity for another request. With GraphQL, this problem will be resolved by getting only the required and exact information in a single request.

Also, GraphQL resolves both under-fetching and over-fetching problems as it permits the user to request only the information that is needed. As the user is having much freedom in the data that is fetched, the process of development will be much quicker with GraphQL when compared with REST.

Major differences of GraphQL and REST

As already discussed, GraphQL can solve both over-fetching as well as under-fetching problems by permitting the user to request only the required data. Let’s have a quick look of the major differences of GraphQL and REST:

Even though GraphQL API is considered as the better one when compared with REST API’s both have their own advantages and disadvantages. The main thing we need to evaluate is the project requirements, the users that will connect to the API, etc. Depending on all these factors, you need to choose which architecture perfectly fits for your project. Nextbrain Technologies is the best mobile and web application development company in Bangalore crafting robust and customized mobile and web applications to many reputed clients all over the world.

Mobile app architecture plays a very important role in the success of mobile apps in the market, so developers need to have a solid understanding of it to be su...