Facebook is one of the biggest social media platforms present among us today. And its messenger is also one of the widely used messengers across the world. Since the time Facebook messenger had introduced chatbots in the application, the IT world looking towards it. Lots of experts commented on it and some even criticized it.

Messenger VP Mr. David Marcus had announced this special feature in Facebook messenger. Earlier people had to finish transaction in webbrowser or in app via Facebook messenger. It was great news for commercial merchants and businessmen and for common people as well. Marcus said “Since Niki.ai started accepting payments via messenger sometimes ago, the Indian startup has seen a 10X increase in conversions compared to mobile websites”.

There are almost 30,000 bots has been created by Facebook after introduction of Messenger API. “We are working with several mobile payment companies like Stripe, paypal, Visa, Mastercard, American Express and Braintree to provide diverse range of payment options for users” Marcus said. Facebook Messenger has now more than 1 billion users and it’s quite impressing and large crowd who can now directly pay through the messenger. When such a big company introduces such new feature it is going to affect lots of users and in this case there are more than 1 billion users across 200 countries.

Marcus said that the web view could be pre-fetched to increase its speed, which one of many under hood performance improvements the app has seen in recent months to improve the startup time on mobile, and other latency issue. All these change will convert Facebook messenger bots into better performing application. Marcus told that that “While some bots- like those focused on delivering news have done well, others have needed a lot of work to offering a compelling experience”.

When asked about what went wrong or missing when the bot platform was launched earlier, he said “I think the problem was that it got really overhyped very very quickly, and the basic capabilities that we provided at that time weren’t good enough to replace traditional app interfaces and experiences, and so what we have invested and built more capabilities”.

There were several new features that had been added to the messenger platform last year to accommodate bots, like menus, cards, buttons, and carousels, as well as the ability to send marketing and subscription messages. There are some other features which came with Facebook messenger update was ability to share messenger chatbots with friends. Facebook has allowed users to share chatbots with other using sharing option. All of these messages will have the bot icon, bot name and CTA that allows user to share a thread with particular bot.

Although this new feature was introduced by Facebook in 2016, By today in 2017, Messenger bot has become one of the major platform for payment across the world. Now users can directly pay by the messenger and businesses can send link directly to the target customers vi messenger. 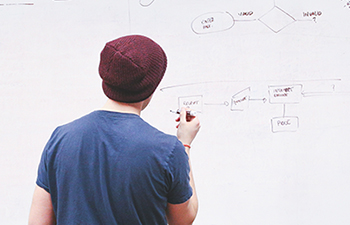 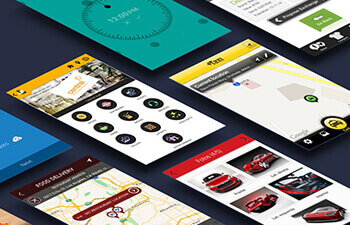