Among the various powerful tools and frameworks, AngularJS is one of the top tools that enable the effective management of data display. For many years, AngularJS has been the most unique Javascript frameworks in the industry. One of the main applications of this tool is it helps to streamline the web development process. Thus, it serves as important for prototyping applications. In addition to this, it is used to develop a single page application that administers complete user experience. Based on different devices, it provides scalable applications to users.

Why angularjs is a widely used framework in applications?

More of a convenient handy app framework, AngularJS helps manage all processes involved in the building of SPAs. The process involves composing and testing CSS, Javascript, and HTML codes. This is required to create distinct features in scalable apps. But there are times when the proceeding to this application development, developers end up committing errors. These errors create hindrance to the potential development of the SPA. This blog delineates the distinct AngularJS development mistakes and errors that developers generally make while developing SPAs. 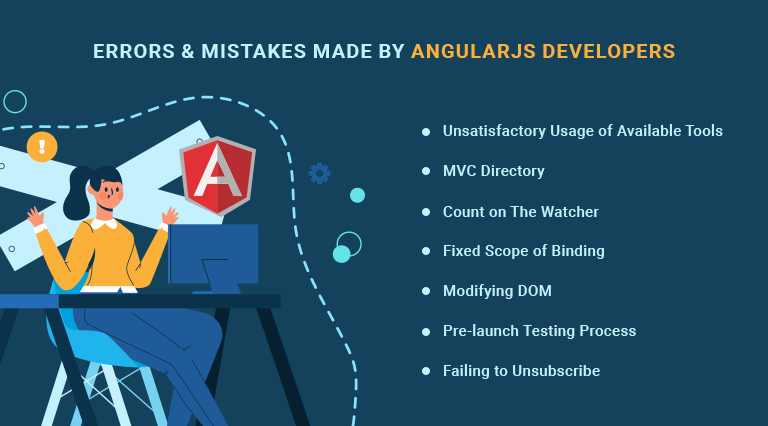 There are times when developers tend to make unwanted errors and thereby unable to utilize the full potential of AngularJS.

The framework comprises an ample number of tools to develop scalable app platforms. However, browsers like Firefox and Chrome involve various development strings. These strings help in profiling, debugging, and producing error outputs. With the help of these tools, developers can easily find errors present in coding during the development process. There are options where developers can get errors printed on the console log. This is the platform where one can find all data from the beginning of the troubleshooting process. Thus, it is always important to review the console output prior to proceeding to the next phase.

The common rule-book that follows is when one is operating with the MVC framework, one can combine files together as per the file types. Owing to the creation of an unwanted layout, it may result in the opening of varied folders. Thus, it tends to put much time on scrolling mainly through the directory. With the help of the directory structure, it helps to search the distinct files of the development process.

Count on the watcher

There is a watcher function that binding creates in AngularJS. And it enables returning a value. But one needs to keep an eye on whether the returned value is as same as that of the beforehand call. As evaluations are done for the previous binding at each development phase, the count for watcher is impactful. The increased watchers’ count number can diminish the performance of web applications in the browser. For seamless and smooth functionalities of the web application, it is essential to reduce the uses of the watcher’s count.

AngularJS framework has its own scope of binding rules. This scope of the framework is associated with the app data. It is this scope that binds together the view and controller. AngularJS is based on the MVC architecture. With a view to promoting the seamless development and efficient binding system, the AngularJS developers are capable of assembling the objects’ scope together. As all scoping objects are assembled together, one can avoid any kind of complications.

DOM is the short abbreviation of Document Object Model. At times, developers manipulate the document structure of the DOM. This manipulation of the DOM structure is relevant as it is required for refreshing the page titles on context modification, for focussing on control after validation error, and others. Additionally, there is also the requirement of executing SVG (Scalable Vector Graphics) for developing flexible images for responsive web app designs.

The controllers are flexible to proffer access to Javascript for reviewing scope. Thus the developers proceed to the Angular application development with the easy approach of manipulating the structure of DOM through controllers. Though the path taken might appear short, certain security problems can occur such as XSS attacks and tight assembling between rendering layers and application. 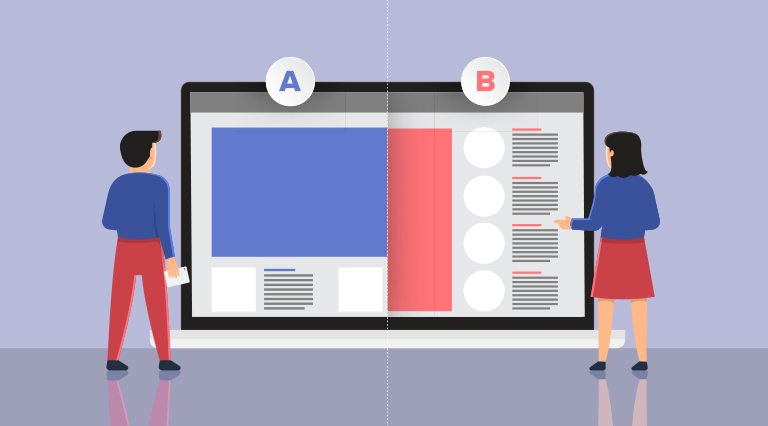 Prior to releasing the application to end-users, the quality assurance team tests the application for any bugs presence and fixes it on time. The right release of the application developed using the AngularJS framework requires effective phases to undergo: 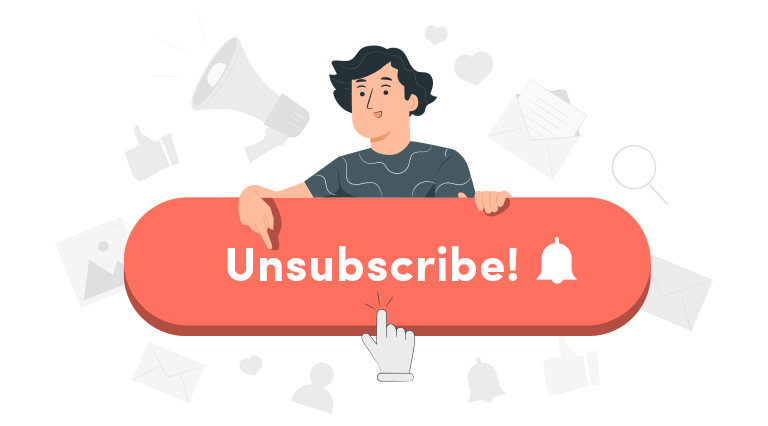 One of the significant aspects of web development and mobile app development using AngularJS is making subscriptions to advanced tools and libraries. However, after the utilization of such tools and libraries is over, the subscriptions are required to turn off. This is often forgotten by most developers. Thereby, after a certain time, the framework tools get detected resulting in data security issues.

AngularJS is coming out to be a unique front-end framework for the robust development of Single Page Applications. A number of community support is present resulting from the scalability and support of Google. But with time, developers make such errors and mistakes that tend to make the app platform prone to security issues. By hiring expert AngularJS developers from Nextbrain Technologies will solve this purpose. The company comprises experienced and skilled developers who have several years of experience in offering scalable and unique solutions to users all across the globe. 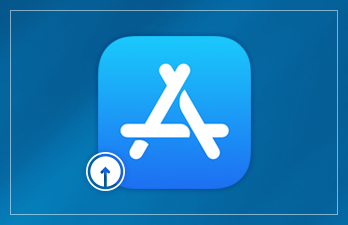 How to Upload an iOS App to the Apple Store?

If a developer creates a good app and upload it to the Apple app store, they can be highly successful. Therefore it is important for them to know how to do it e... 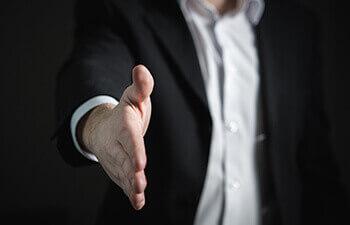